Will The Tablet Computer Replace The Laptop? 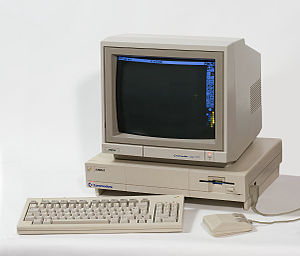 Ever since the phenomenal success of Apple’s tablet computer, the iPad, speculation has run rampant: will the tablet replace the laptop and desktop computers? With the appearance of the iPad 2, along with Samsung’s Galaxy Tab, Blackberry Playbook and HP TouchPad, business professionals and students are voting with their purchases. Seemingly in droves, these groups are embracing their tablets while abandoning their former love, the laptop.

Why would that be? The advantage of a tablet computer over a laptop is size and weight. Tablets are large enough for the user to actually see what is happening on the screen while light enough to carry around easily. Desktops have been gathering dust for a few years now aside from gamers who need tremendous amounts of power for graphics or for those many who now substitute their computer for a television, downloading media and watching television and movies on a large-screen desktop.

Smartphones are the logical competition for tablet computers. Why are smartphones not filling the gap? Smartphones are proliferating like locusts in summer, but smartphone screens are too small for many applications, despite the recent hype urging users to watch movies on their phones. Right. Maybe catching a flick on the subway will work for you if you have good eyesight and a steady hand, but it’s hardly an ideal way to fully enjoy a film. A tablet now, that’s a different story and a much better movie experience.

The great things about tablet computers are the terrific apps, numbering in the hundreds of thousand, shared with smartphone users, whether Apple, Android or OS. Many, if not most, of these apps are free or nearly so. Think about it. You can digitally transcribe lectures or notes from meetings or classrooms with Speaknotes. Create spreadsheets with Numbers. Construct polished presentations with Keynote. Really, whatever you want to do in business or in your studies–there’s an app for that. Tablet computer technology remains in its infancy. iPad 2 and its cohorts are only second-generation, after all. Nevertheless, recently, Nielsen Company released figures showing the tablets are already making great inroads. The study shows that 35% of desktop and tablet owners now report using the desktop less often or not at all, while 32% of laptop and tablet owners say they use the laptop less or not at all. That’s tremendous market penetration for such a new technology, demonstrating the ubiquitous drive to mobility.

Does that mean tablets will dominate the market? That is not so easily discerned. Plenty of users prefer the bigger screens of laptops or desktops. Tablet computers still do not have the enormous computing power of a higher-end laptop, though the cost is relatively the same. And, tablet computer users must purchase extras, such as keyboards and stands, in order to substitute completely for a laptop.

Given the rapidly-evolving track record of computer technology and the mad drive to mobile, it is highly likely that future iterations of the tablet computer will replace laptops and desktops. But that time has not come–yet.