What Are The Best Nintendo Wii Accessories Available? 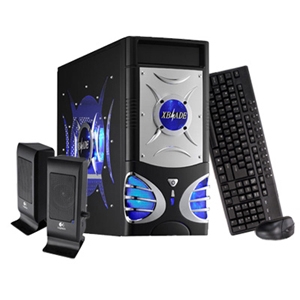 While the Nintendo Wii gaming system is adequate right out of the box, there are many Wii accessories to enhance the level of play. Whether the accessories are basic maintenance-related items or add-ons geared toward specific games, any of the following Wii deals may be just what the serious, or even casual, gamer is looking for.

First and foremost is the Wii remote. While this is a standard accessory provided in the basic Wii set-up, purchasing one or more extra remotes is a necessity. As Wii has been marketed and created to be largely family-oriented, multiple remotes for multiple players will enable players to compete and play together. And if purchasing additional remotes, the Wii Remote Plus should be strongly considered. This enhanced remote has the Motion Plus technology built in so that there are no longer signal misreads or missed movements. Motion Plus enables the remote with higher sensitivity, ensuring near-complete accuracy.

One of the best Wii deals possible is a remote charging station. Instead of buying and searching for batteries, particularly for serious gamers who quickly run down a battery’s life, the remote can be easily plugged in for charging. This is especially ideal for multiple remotes for a one-player game: as one remote is charging, the gamer can still continue on with the other already charged remote. Not only will this save money in the long run since additionally purchased batteries will not be needed, but it is an environmentally friendly move which eliminates the waste and possible contamination hazards of tossed batteries. The best purchase is the Nyko Charge Station. The Nyko is one of the more convenient chargers; as an inductive charger, it allows for the silicone sleeve on the Wii remote as well as any remote accessories to remain in place while charging.

The Wii Wireless Sensor Bar removes that pesky cord from the television and console area. No longer tethered to one place, the bar can be easily set in a more choice position. The signal can be sensed at a distance of up to twenty-five feet, helpful for larger televisions or cabinets. Without a cord, the bar will require batteries, but will last thirty playing hours in between changing.

One of the benefits of the Wii brand is that the system is not limited to one type of controller and one type of gaming experience. There are a number of different controllers for different games and set-ups. One of these is a necessity: the Wii Nunchuk. Most games will require that one of these be plugged in as well as the Wii remote. The Nunchuk has the same motion-sensing technology of the remote, as well as an analogue joystick to enhance on-screen movement. An optional upgrade to this must-have is the Nyko Kama Wireless Nunchuk. While the original Wii Nunchuk is plugged into the remote’s expansion port, the Wireless Nunchuk removes the cord and the entanglement or whipping action that it can cause during play. Another controller option is the Nintendo Wii Wheel to use with driving and karting games. The Wii remote fits into the centre bar of the wheel, powering the action while you steer. The Wii Classic Controller brings back the feeling and nostalgia of traditional Nintendo, and is an improvement over the remote for those who primarily play the Virtual Console games.