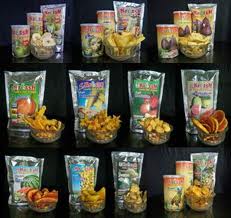 First of all, the Down-East Delicious Fish Stew we’re going to prepare and cook will feed a bunch of people (five or six) quite successfully. All you need is a three-gallon pot, a sharp knife, and a dipping ladle. Put the pot on the stove and begin the process of putting the ingredients in the pot. When all the ingredients are in the pot fill it with water to within about an inch or two of the top, turn the stove on high heat and let it come to a boil. If it tends to boil over, cut the heat back until it comes to a steady boil but not overflowing the top of the pot. Do not cover the pot.

The first ingredient is bacon. You may cook the bacon in a frying pan and then put it in the bottom of the pot, but I usually just put the bacon in the bottom of the pot and let it cook as the fish stew cooks.
The next ingredient is the fish. The best fish to use is a solid fish, preferably rock fish or flounder, cut into steaks. However, my brother says he’s cooked a Down-East Delicious Fish Stew using Salmon and it was very good. So, whatever you like, as long as it’s a sizable, solid fish, will do. For a stew this size, using a three-gallon pot, two to two-and-a-half pounds of fish will be enough. Just place the fish in the bottom of the pot on top of the bacon.
Then just toss in a couple of pods of red pepper. If you can’t get pods, use ground red pepper by shaking it into the pot liberally.

Now, the fun begins. You’ll need 3 large onions, which you will simply slice thinly and place in the pot on top of the bacon, the fish, and the red pepper. If you get tears in the stew, don’t worry. The salt will add flavor.
Next, you will add 3 large white potatoes, sliced thinly, on top of the onions. Try not to run out of room in the pot when you add the onions and potatoes. Remember, you’re going to need an inch or so at the top for breathing room.
So now, fill the pot with water making sure all the ingredients are inundated and there is still room for two more ingredients. Add two cans of Campbell’s tomato soup.

Now turn the heat on high. Bring the Down-East Delicious Fish Stew to a boil, and if it tends to overflow, cut the heat back until the stew comes to a steady boil. Allow the stew to cook for about 45 minutes to an hour, or until the potatoes are done, and then add a half dozen to a dozen eggs. I think the eggs are the best part of the stew so I usually add about a dozen.

Continue to cook until the eggs are done, and Voila! you have a Down-East Delicious Fish Stew. It’s time consuming but simple: bacon, fish, red pepper, onions, potatoes, water, tomato soup, and eggs in that order. Sounds delicious, doesn’t it. Treat your family tonight.Kuliner kota Malang