Amazing Computer Technology for the Blind 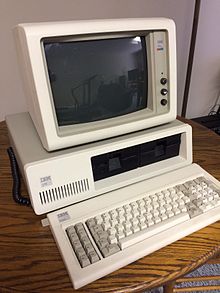 An amazing program called JAWS for Windows program helps people with visual impairments manipulate the computer with less help. This is because with the intervention of JAWS for Windows, icons on the computer screen are being read aloud. This enables the visually impaired person to work with computer applications independently. Other than that, persons with visual impairment can independently create and edit document either in Microsoft word, excel or PowerPoint.

Of course, they should first gain knowledge about the computer, how it functions and how can they use the JAWS program. Furthermore, they should be oriented in manipulating the keyboard because persons with visual impairment rely so much on the keyboard for executing a specific command. To enable them to execute a specific command they should be very much knowledgeable in the different keyboard shortcuts such as control c for copy. Even in reading, there are certain commands to be executed like insert numpod to read the current word, control right arrow to read the next word, control left arrow to read the previous word and so on. The insert key or the JAWS key that is being referred here is the key for zero if the namlock is on in the numeric keypad. Due to the invention of the JAWS, visually impaired person are given the freedom to access the internet, Facebook and other social networks. They can also perform certain office jobs like the others.

Other then the JAWS there are also other screen reader software which are invented to convert text to speech like that in cellphone. But not all cellphone units are programmed to be installed with screen reader software. Because of the screen reader software installed in the cellphone, blind person can already read and send his texts independently. Another great innovation in the field of communication is the minitel which is a kind of a telephone for the deaf that enables the deaf person to communicate with each other on the other line. This is done by typing the message and sending it to the person. The person on the other line will read the message. In fact, there are more innovations aside from the things mentioned above.

With all these innovations, persons with disabilities are very much grateful because they have given the rights and freedom to use a particular technology like the other. Through these innovations the walls that separate them from the world of development are removed. As a result, they can also enjoy what is being enjoyed by the others.